Homeowners Kevin Costello and Karen Shen fulfilled a lifelong dream with their recent purchase of a 1904 Renaissance Revival brownstone in the historic Prospect Heights area of Brooklyn. In order to make this dream a reality, they had to come up with an affordable plan to defray mortgage costs. The solution was to turn part of the brownstone into rental units. Once the renovation is complete, the owners plan to rent both the garden and third floor levels, leaving the middle two floors as living space for themselves and their three young children. As the family grows, they hope to one day afford to reclaim the third floor for their private use. 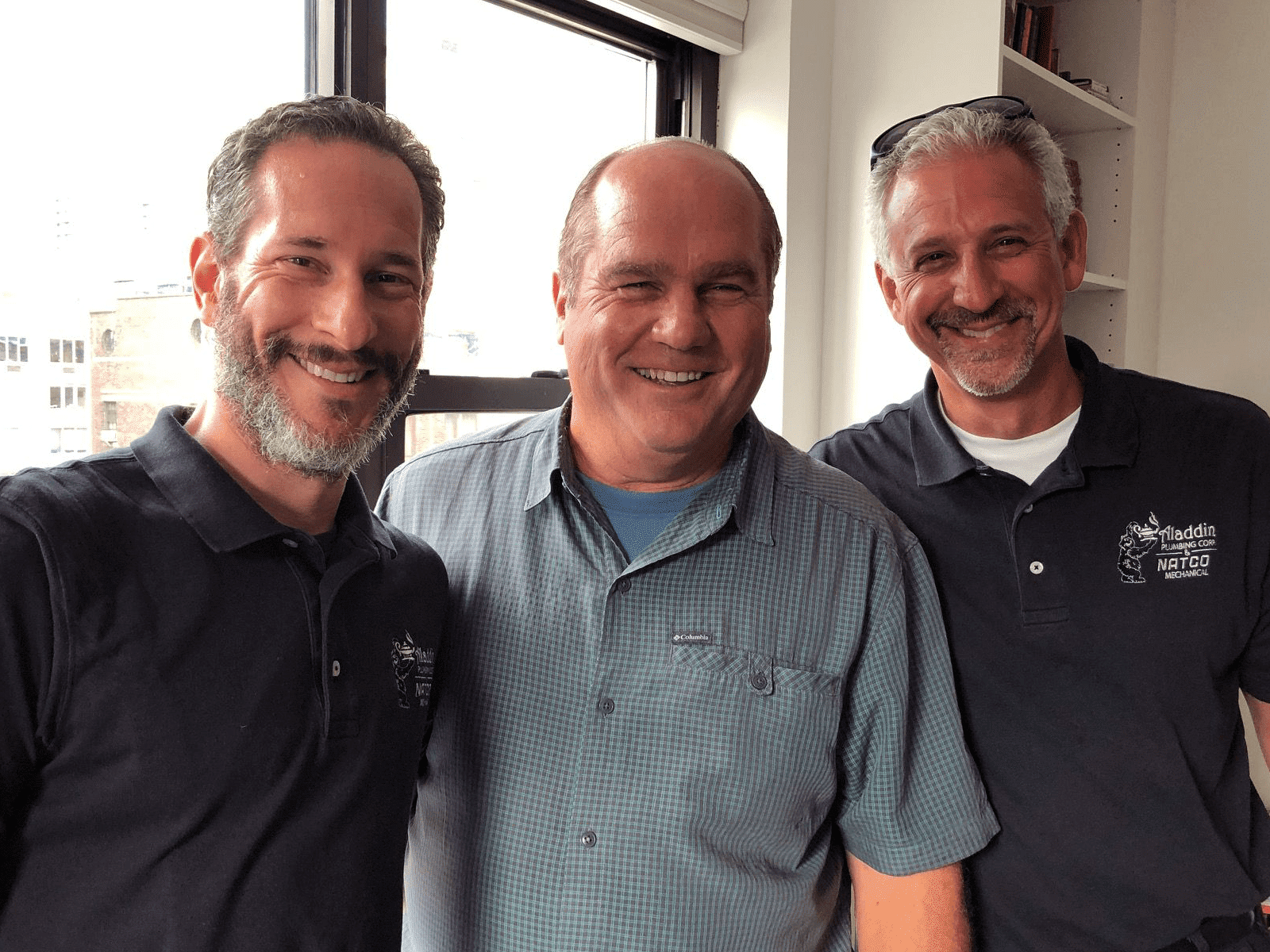 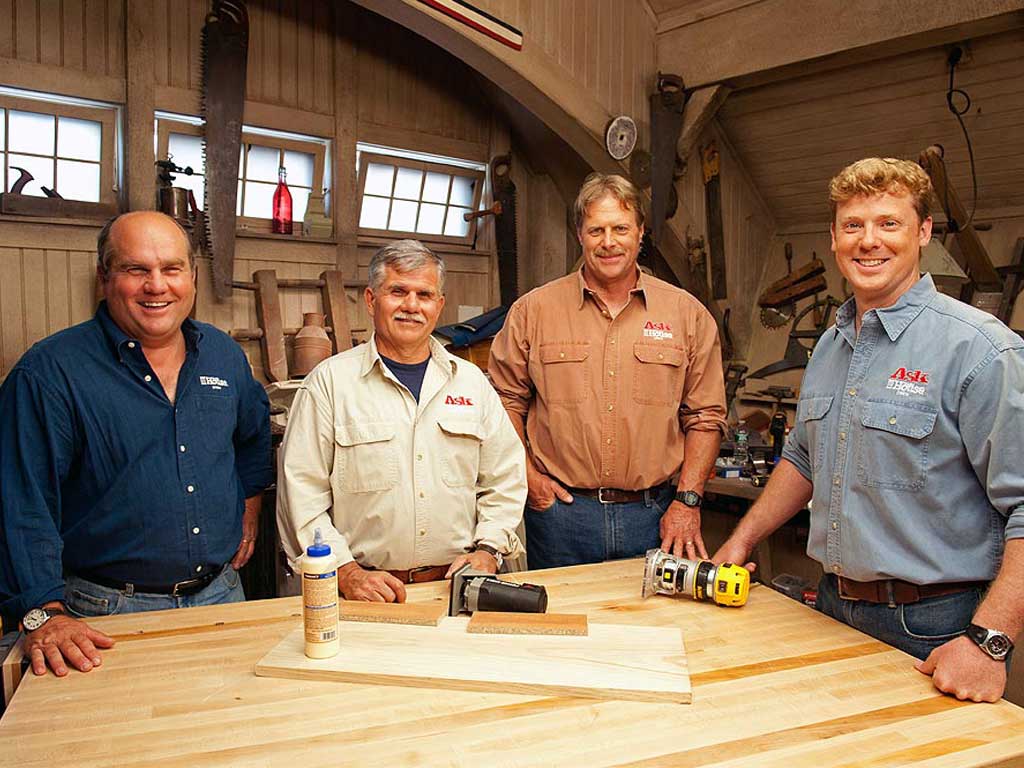 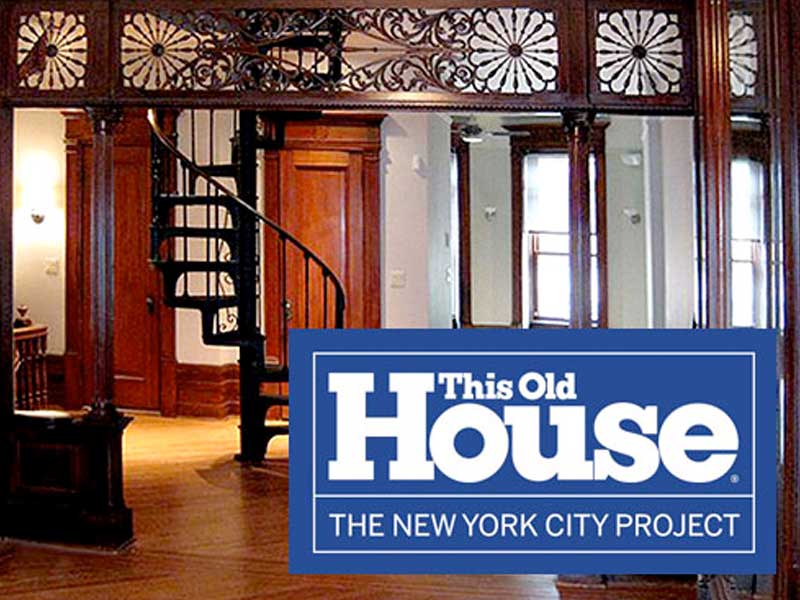 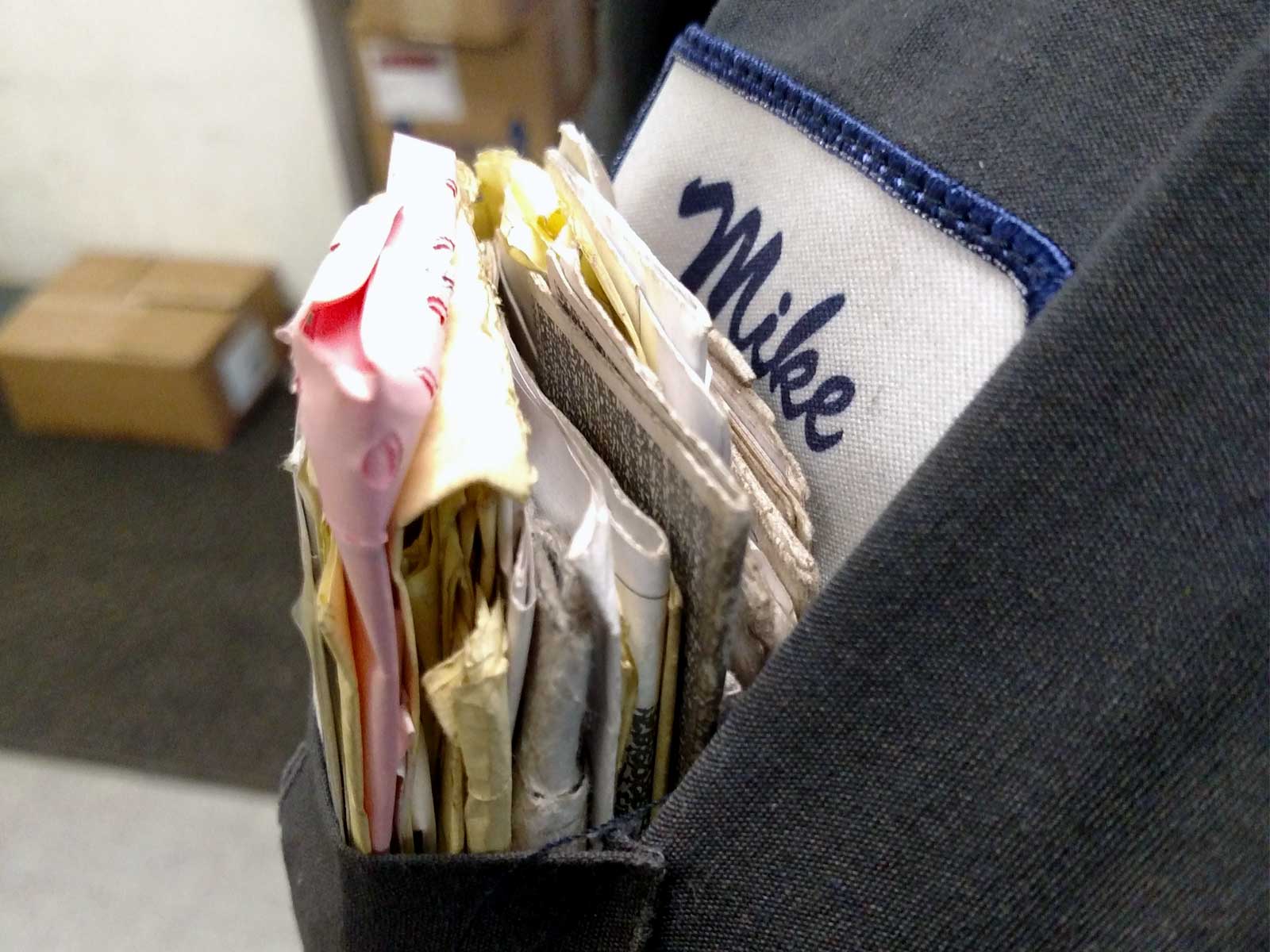 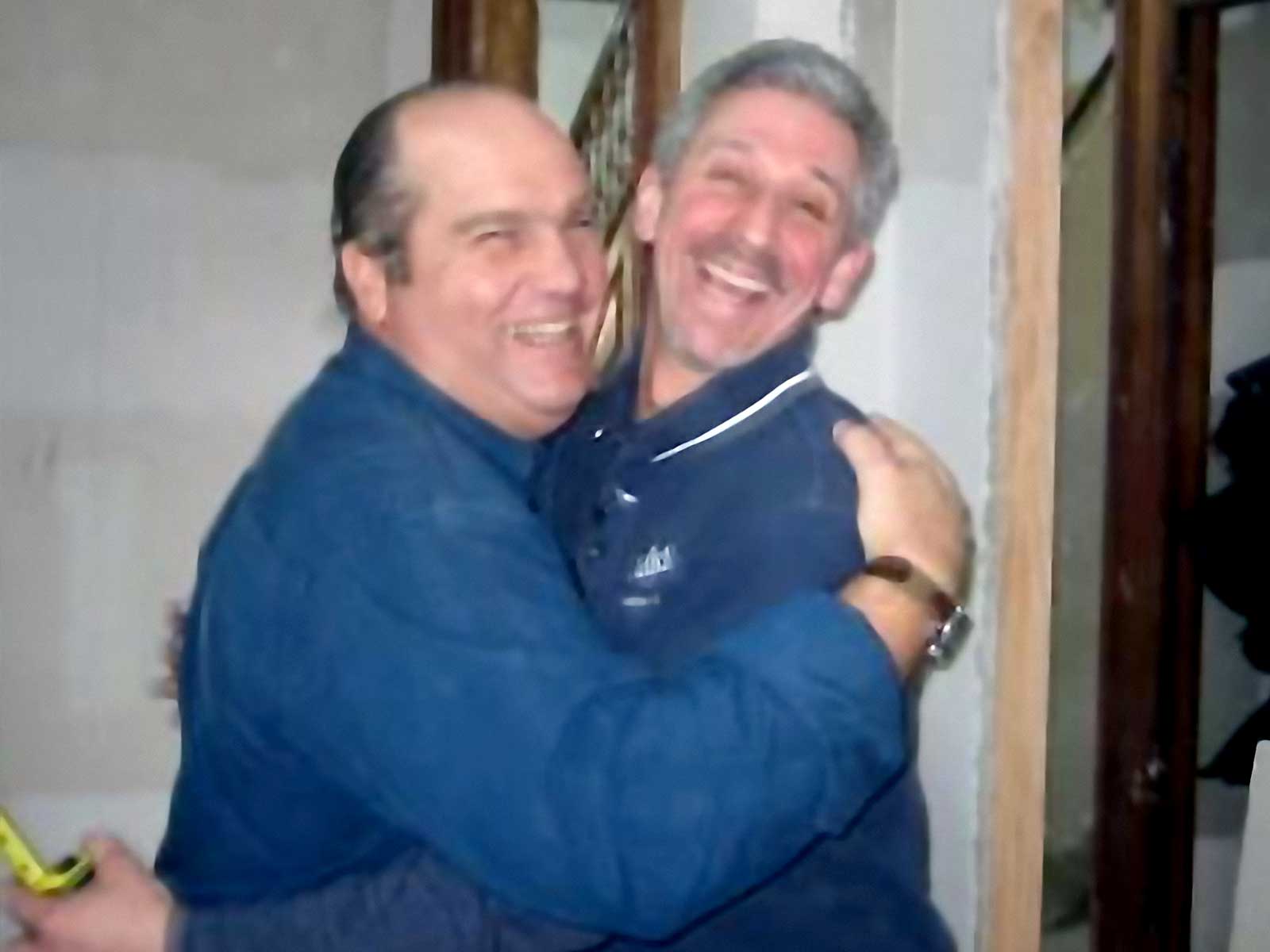 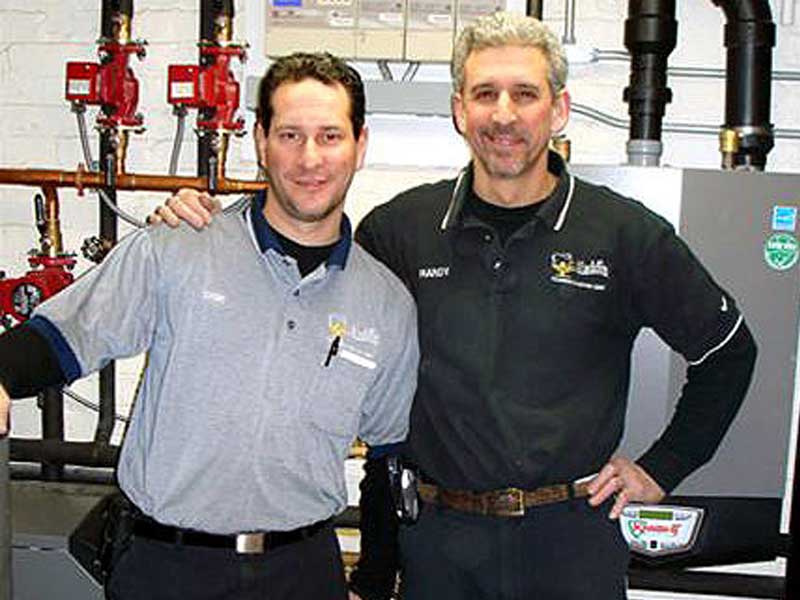 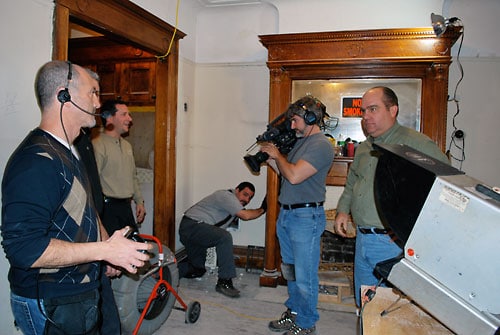 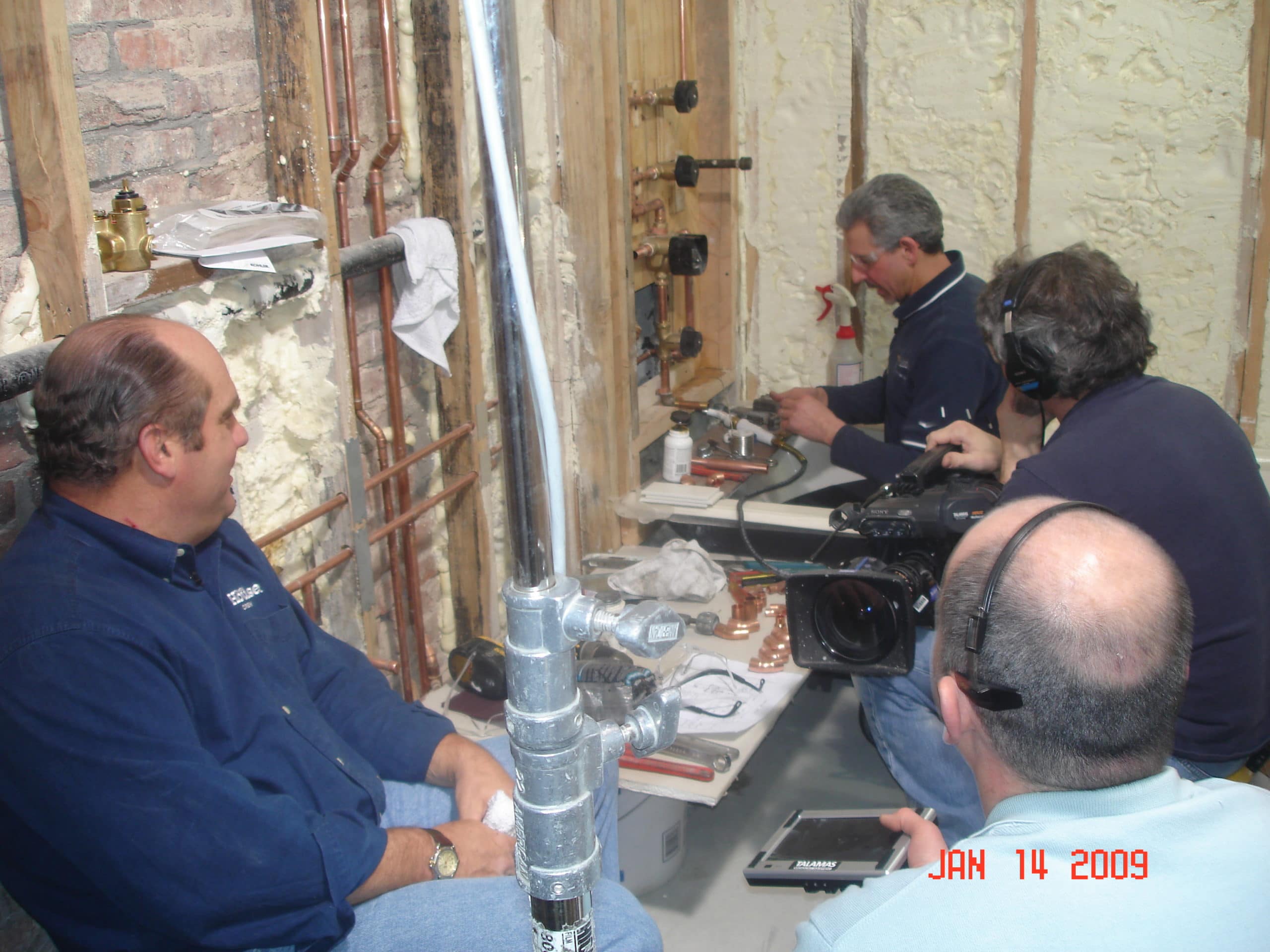 For the first time in its three-decade history, This Old House TV is taking on a renovation in New York City, home to one of the greatest collections of residential architecture in the country. The project is the conversion of a 104-year-old rowhouse in the Brooklyn’s historic Prospect Heights neighborhood—from a nine-room boarding house to a three-family home for owners Karen Shen, Kevin Costello, and their three young sons.

The three-story brownstone was designed in the Renaissance Revival style by architect Axel Hedman, whose fanciful rowhouses are among the borough’s most cherished. (The house is included in a proposed Prospect Heights Historic District, which is currently under consideration for designation by the city’s Landmarks Preservation Commission.) Many Hedman interiors have lost their best details in gut renovations over the years, but Karen and Kevin’s house has managed to retain most of its original character. Oak and bird’s-eye maple wainscoting line the stairway, Italianate archways embellish doorways, classical columns punctuate the rooms, and massive crown molding and floor-to-ceiling cabinetry bring depth and drama to every corner. “Those details are the reason we fell so hard for this house in the first place,” says Karen, who is determined to keep the house’s original character intact while updating it for modern family life. [more]

The TOH team, working with architect Susanne Lyn and general contractor Michael Streaman, will take every precaution to restore the home’s original millwork and find period-appropriate replicas and replacements for what’s been lost over the years. The crew plans to install new oak floors—the house’s original parquet floors were torn out years ago—and energy-efficient one-over-one wood windows, which are more in keeping with the house’s originals than the drafty 20-year-old aluminum ones on the house now.

Perhaps the biggest challenge for Lyn will be adding a salvaged wrought-iron spiral staircase, purchased by Kevin and Karen on Brownstoner.com, that will connect the first floor to the second within the family’s apartment. Lyn says the easy solution would be installing it in the rear rooms of the house, but the couple won’t allow it because it would mean tearing out a Victorian-era dressing room that’s packed with maple cabinetry. “They’re not going to sacrifice that,” says Lyn. “No way, no how.” [more]

Scenes from This Old House, ‘The Brooklyn Brownstone Project’ with Aladdin Plumbing

The family of master plumbers at Aladdin Plumbing Corp. would like to thank the talented staff at This Old House for the opportunity to participate in the great success of The New York City brownstone project. Content on this page reproduced courtesy This Old House and thisoldhouse.com.